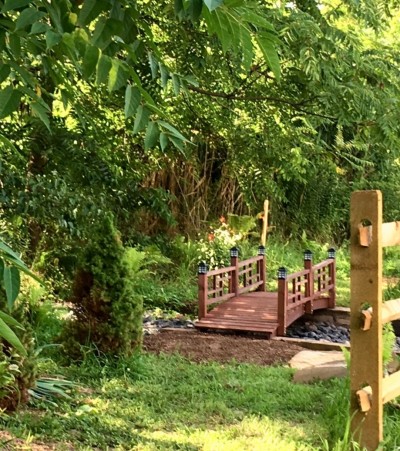 The Lansdale Business Center may be just blocks off of Main Street (Route 63) and minutes from the R5 Doylestown Line, but with its historic buildings and green spaces, customers enjoy old school craftsmanship and a small College Campus feel, coupled with the conveniences of up to the minute workplace solutions, amenities and technologies.

Since the advent of mobile devices in every pocket, it has always been the case that Customers and Guests head outside for “walk and talks”, making use of the ample available outdoor spaces as well as the Main Conference, & “Step Away” rooms indoors, and the “Fresh Air/Fresh Ideas” outdoor meeting space. All are equipped with Wi-Fi and table space. 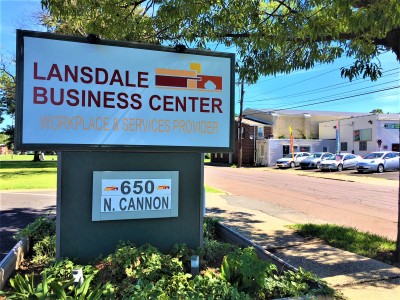 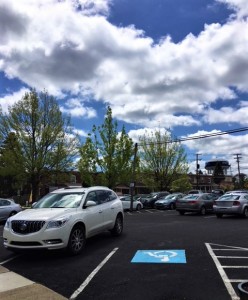 Bordered by Upper Gwynedd and Bucks County in the North Penn Valley, the Lansdale Business Center property is part of the Route 63 bypass and minutes from the 202 Bypass, as well as Routes 309 & 363. Just minutes from the Lansdale interchange of the Pennsylvania Turnpike and the Northeast Extension (Interstate 476) connecting to PA 63, or Main Street, Lansdale – Enjoy east access too, to other towns and cities and important local agencies and services.

Visitors and/or Staff will want to know that Lansdale is also served by SEPTA Regional Rail's Lansdale/Doylestown Line via Lansdale station with service to Center City Philadelphia and Doylestown as well as three SEPTA Suburban Division bus routes: Route 94 connects the southern part of Lansdale with the Montgomery Mall and Chestnut Hill

Lansdale is the headquarters of the Pennsylvania Northeastern Railroad, a short-line freight railroad. The Pennsylvania Northeastern Railroad operates the Lansdale Yard in the borough and provides freight rail service out of Lansdale to several points in the northern suburbs of Philadelphia on SEPTA-owned lines. The railroad interchanges with CSX Transportation in Lansdale.

Since 1909, 650 North Cannon Avenue, Lansdale has been a launching pad for dreams and ambition and often, hard won success. Enter Frank Gardner Perkins, born in New England in 1866 whom years later, as young Mechanical Engineer, began his abbreviated life of risk taking, scientific research, invention and innovation. His can-do attitude and perseverance launched the development of an incredible array of materials and in standardizing the performance of products that we consider commonplace in today’s vast markets.

In a “bumpy”, expensive and pioneering undertaking, Perkins’ went about the discovery and manufacture of the world’s first vegetable glue! Early on, in his engineering, Perkins invented a dehydrator for plant material, but had yet to transfer the thinking and plans to harness the growing and harvesting of Cassava root to make adhesive. Much agricultural experimentation was taking place in Florida at the time, and Perkins started the Planters’ Plantation in that state, to grow Cassava crops and send material north for use, primarily in furniture manufacturing. His results there had him abandon Florida, and next moved his growing enterprise to Java, Dutch East Indies and with the creation of the Dutch East Indian Company. In the United States, the factory moved too, northward to be closer to expanding railways, industry and manufacturing, and in 1909 Perkins made Lansdale, PA the location of his plant and operations creating robust jobs locally and partnering with his Customers with a pioneering and dynamic business model for investment and reciprocity, formerly unheard of.

In 1987-1988 a small group of investors undertook to revive and re-purpose of the (+-) 5 acre site that is the Lansdale Business Center. At the time of the transition, certain buildings had fallen into disrepair and were not suitable for the vision of the partners, and removed. What stands today, is the “best of the best” in terms of their usefulness, integrity and craftsmanship established by Mr. Perkins, nearly a century earlier, with countless upgrades made to serve the needs of numbers of simultaneous enterprises, today’s technology and work areas. The property continues to provide the creative and physical space for research, development, and service businesses, using the same foundational principles and integrity stringently adhered to by Mr. Perkins himself.

It seems right and fitting that today, the Lansdale Business Center is home to the people and their business enterprises that embody the very traits and spirit of Mr. Perkins, and after his death at age 42. At that time, his wife carried on the research and production to provide the business anchor that Perkins’ Glue was on the local and international stage and economy.

Lansdale Business Center Founder, David Staples Foulke was born in Chestnut Hill, PA and raised his family in Springhouse, PA. Some twenty years ago, charging his daughter Ellen Wickersham Foulke and Son-in-Law Allen Webb Fleming with the daily Management of the business. “Dave” spent his last years residing in “Paradise”, his 80 acre property in upstate NY complete with runway and hangar, where he mowed grass a lot, continued to practice Law and worked on his historic and experimental aircraft ranging from a 1929 Culver Dart to a NASA Motorized Glider. He passed in 2015 at the age of 82, still at the helm of all of his interests.

Some of the information that was largely anecdotal was gleaned from Lansdale Business Center Founder, David Staples Foulke as well as one time “Plant Manager” Arthur Morgan who continued his service to the property until retirement in the early 1990’s. These “facts” were later verified in “The Story of an Ancient Art”, by Lloyd L. Darrow, and published by Perkins’ Glue Company in 1930.